The Dean Forest Locomotive Group own and operate a collection of heritage steam locomotives in the Royal Forest of Dean. Please visit our pages to learn about our history, collection and latest news.

At present, the DFLG is the proud owner of 3 ex-GWR / BR locomotives:

The 25th loco to leave Barry Scrapyard for preservation… 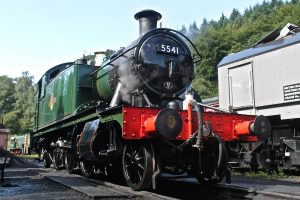 The 75th loco to leave Barry…. 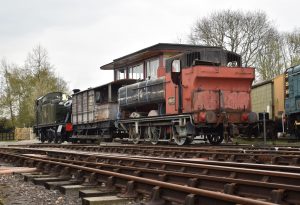 ….All now lovingly based at the Dean Forest Railway under the care of the DFLG.

We also own items of rolling stock with Western Region heritage, including 2 Collett coaches (numbers 7362 and 5813)

The Dean Forest Locomotive Group is a Charitable Incorporated Organisation (CIO) registered as a Charity No 1164847 in December 2015. The charity was formed from the unincorporated bodies of the Forest Prairie Fund (FPF) and the Forest Pannier Tank Fund ( FPTF ).

The FPTF changed its name in 1998 to the DFLG in anticipation of increasing the number of locomotives in its care.

You can support us financially or practically by becoming a Member or an Associate of the DFLG (CIO) – click here for more details!